Did you know that about 95% of the ocean has yet to be explored? Seems hard to believe, doesn’t it? Not when you consider just how expansive and deep the ocean really is. The total surface area of the ocean is 335,258,000 sq km and the deepest part of the ocean reaches 36,200 ft, or about 6.8 miles, deep. The average depth of the ocean is about 14,000 ft. That is quite a lot of water! Most of what is waiting to be discovered resides in the deep sea.

Light begins to diminish rapidly around 650 ft and becomes nonexistent around 13,000 ft. There is no photosynthesis occurring this far down. Species in the deep sea consist of detrivores (animals that scavenge on dead organic matter, exoskeletons, and fecal matter floating down from above) and resident carnivores.

Because of the lack of light, deep sea animals tend to be black or red. Some are even transparent as a form of camouflage. Many of the animals this far down look very alien, and are often called deep sea “monsters.” Some have very large eyes for catching what little light there is. Gigantism is common in the deep sea, even though food sources are low. The massive sizes are actually due to fluid bloating, not weight. Almost all of the animals this far down do not move very much, because most bio-productivity is at shallower depths, too far for the animals to travel. Since there is very little movement, animals lack swim bladders and do not have much muscle mass. In order to find food, many animals use bioluminescence to lure in their prey.

One of the most surprising discoveries of the deep sea was that of the hydrothermal vents located on the abyssal sea floor. Hydrothermal vents are also called black smokers, emitting large amounts of hydrogen sulfide. Bacteria around the opening of the vents are chemoautotrophic, meaning they are able to convert the hydrogen sulfide into a food source. These bacteria are very important as they make up the base of the food chain on the sea floor, supporting giant tube worms, crustaceans, and other organisms. 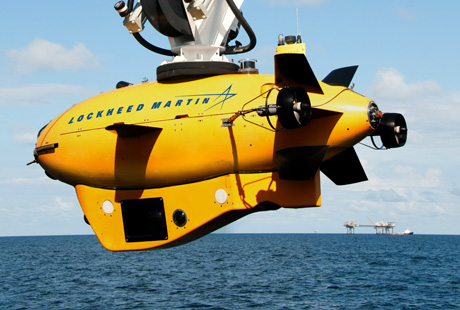 The deep sea consists of freezing temperatures and crushing pressure. It is very surprising that such a harsh environment is able to support many different types of organisms. The majority of the species in the deep sea have yet to be discovered. As technology progresses, manned and unmanned underwater vehicles will be able to reach further depths and explore more of the deep sea. Who knows what might be waiting for us down there!

“You thought I would find nothing but ooze, and I have discovered a new world.” – H.G. Wells, “Into the Abyss”