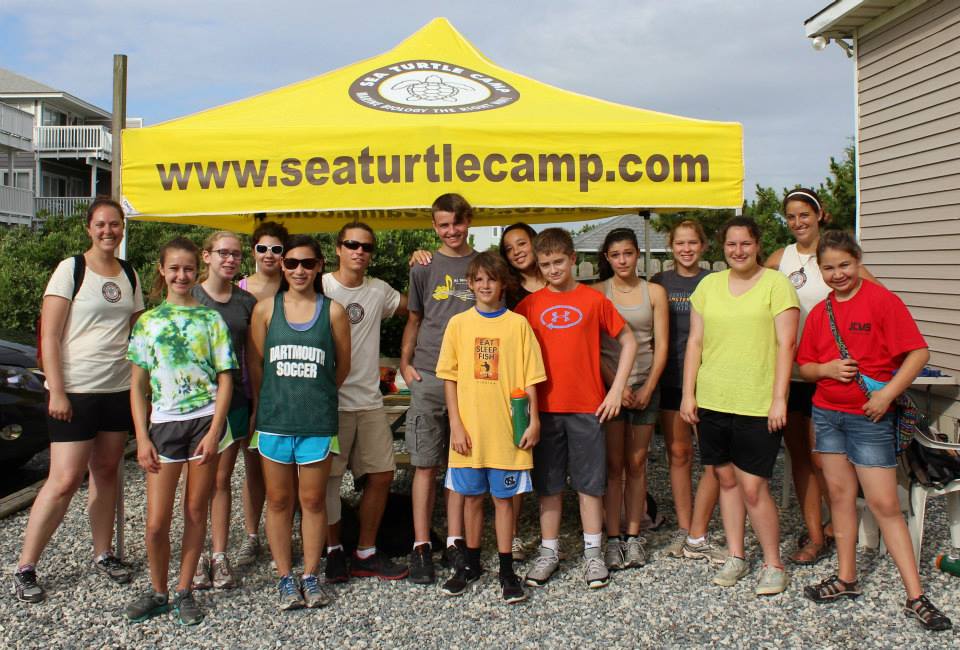 “This summer I experienced things that I would never have been able to at a regular camp.  I don’t know another camp that lets you actually work with sick sea turtles.  At this camp I’ve done things I have never done or seen before.

I remember the first day of camp when I got to see sea turtle eggs for the first time.  Also, I got to feed, clean, and bathe sick and injured turtles.  I’ve been supping, surfing, fishing and so much more.  At thiscamp I have learned things I never thought I would, had the opportunity to work with sea turtles and made friends I will never forget.” Claudia A – 14, North Carolina

“Ok, it is pretty much impossible to decide my favorite part of Sea Turtle Camp.  Every second has been filled with exciting and fun ways to learn more about sea turtles and about ourselves.  While here, I have gained so much knowledge that I’m very happy to get to share with my friends in Greensboro.

During what we call “Family Time” we (the other 11 people in our family group and our three awesome counselors) played hilarious games to become fast friends.  By theend of the first night I felt like I’d known everyone here for years.  Getting to know all the other campers who have similar interests and passions as mine has been one of my favorite parts of camp. Also, this camp has opened me up to opportunities and experiences I would never have gotten to do if I wasn’t here.  Being so close to the beautiful marine life that we saw has been an unforgettable part of this summer.  I really wish that I could stay here for the rest of the summer, or at least come back next year!” Meg B – 14, North Carolina 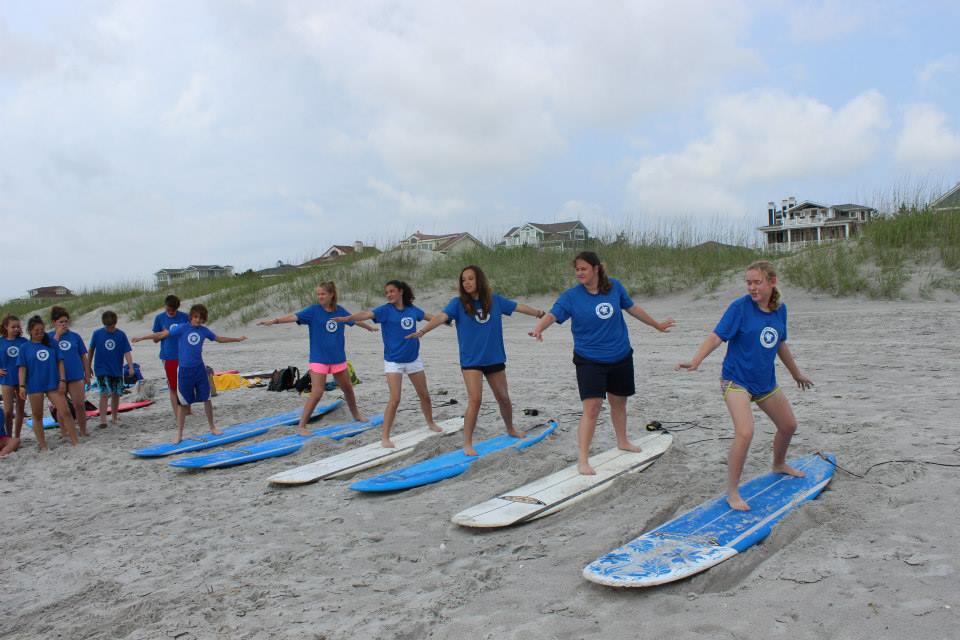 “The 11 days at Sea Turtle Camp have been very awesome with meeting new people and learning about marine wildlife.  I have to say, the first day at camp I was very worried but in two days it really felt like home!

In camp you get to wash, feed, and clean the tanks of sea turtles.  Out of all the sea turtles I love Zack ( a looherhead).  The reason why I like him is because he loves to bite the brush when you wash him.  The coolest thing is that you can meet people around the states and the world.  Even if it’s the 6 or 11 day camp you feel like you’ve been there forever.  The bond you’ll grow will be very strong.  At the camp the counselors are really fun to hang out with.  When camp ends, you see how fast it went by.  Whenever it’s gone you’ll miss everything.” Kayla W – 14, North Carolina 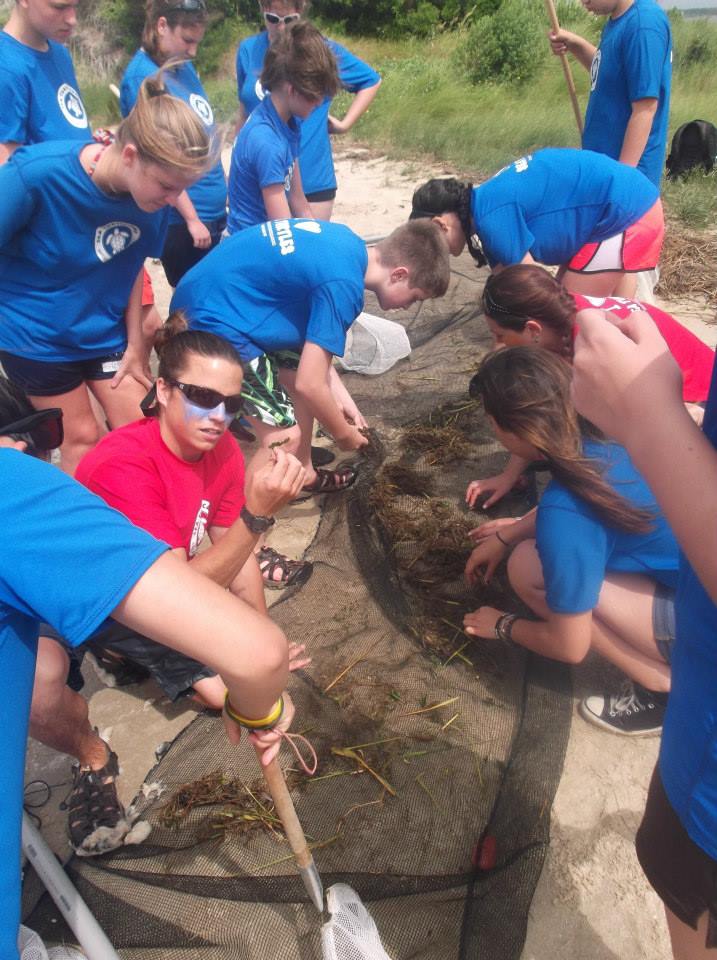 “From day one, nervous about living with people I’ve never met, seeing sea turtles up close and all the other unknown things to come within the next eleven days.  Writing this  and looking around at all the new friends I’ve made and smiling about the memories I’ve had a blast making.

Seeing sea turtles and helping rehabilitate one of the oldest animals on earth is something I’ll never forget.  I hope that everyone gets a chance to look into the eyes of a sea turtle one day, or at least see the sea turtle butt dance.

I learned a lot about turtles, phylum’s, plants and a million other things.  The Great instructors made learning fun and helped make the entire camp even better.  I’ll be going home with new friends, a lot of knowledge and memories.  I can’t wait to come back to Sea Turtle Camp next year! Shark Bait-Oohauhau!” Taylor H – 14, Ohio

“The first thing I experienced when I arrived at Sea Turtle Camp was a warm welcome from all of the counselors. I didn’t know anyone but as time went by I learned not only the names of my fellow campers, but also the different personalities each one brought to camp.  By the end of it, I promise you will miss each one of your camp mates.  Every day was a new adventure from SUPing, surfing and minigolf, to working with turtles and doing beach sweeps.  At the end of the day I always fell asleep completely wiped-out from a day of fun .  I cannot completely put into words how much I learned and how much I appreciated Sea Turtle Camp!” Lilydahn S – 14, New Hampshire

At Sea Turtle Camp I learned so much.  For example, I learned that the turtles are incredible!  I also made friends that I will miss so much.  I had some super awesome counselors; they were all so fun and hilarious.  Coming to this camp as an amazing opportunity and I hope to come back next year! Grace D – 14, Maryland 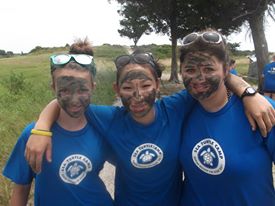 “Sea Turtle Camp was awesome!  I don’t even know where to start.  From learning so much about sea life and marine science to living with other people, I think I’ve grown in so many ways.  My instructors have taught me so much.  I really feel that all of them are very educated and know what they’re talking about.  They are fun to be around and awesome with people my age (14).  Coming to this camp has given me a lot of opportunities to do things that most people never get to do.  Such as working with endangered and threatened sea turtles!  We also got to surf and paddle board, which was very cool.  There is a wide range of activities here at this camp.  Overall I had so much fun.  I met a lot of amazing people that I will remember for the rest of my life.  I’ve also made great friends.  I seriously recommend this camp to anyone who is interested.  It is very fun and it will change you forever!”  Maida Cirasa – 14, Illinois

“Sea Turtle Camp was a fantastic experience, from the first family night to the trawl.  The most golden part of camp was the sea turtle hospital.  I learned how a sea turtle will end up in the hospital and how to treat it.  I got to bond with a very special turtle named Padi.  I was even able to clean her tank.” John G – 13, Connecticut

“Feeding and bathing different sea turtles let me see the actual sea turtle up close unlike the aquarium.  Watching everyone at the sea turtle hospital running around caring for twenty plus of these amaxing animals all at once helps me realize what trouble these turtles are in and the true meaning of a camp such as this.  To learn, care and know how to help sea turtles in the wild is what this camps mission is all about.  The sea turtle hospital was the most fun and important thing.” Ellise D – 13, Oregon

“Sea Turtle Camp was a life time experience.  I loved it!  Never in life will I ever do that again and have as much fun as I did the first time.  The counselors were awesome!  I met new people, made friends, learned new things.  I learned stand up paddleboarding, surfing, boogie boarding, and learned more about sea turtles.

I live in Oregon, so I didn’t know any of those things.  I was born on an Indian Reservation (small) so it was a huge deal, a small town girl going to North Carolina!  My grandma’s old college roommate worked and volunteered at the hospital and was the one who introduced me to it.  I will return, hopefully, to the hospital as an intern.”  Will K – 13, Connecticut 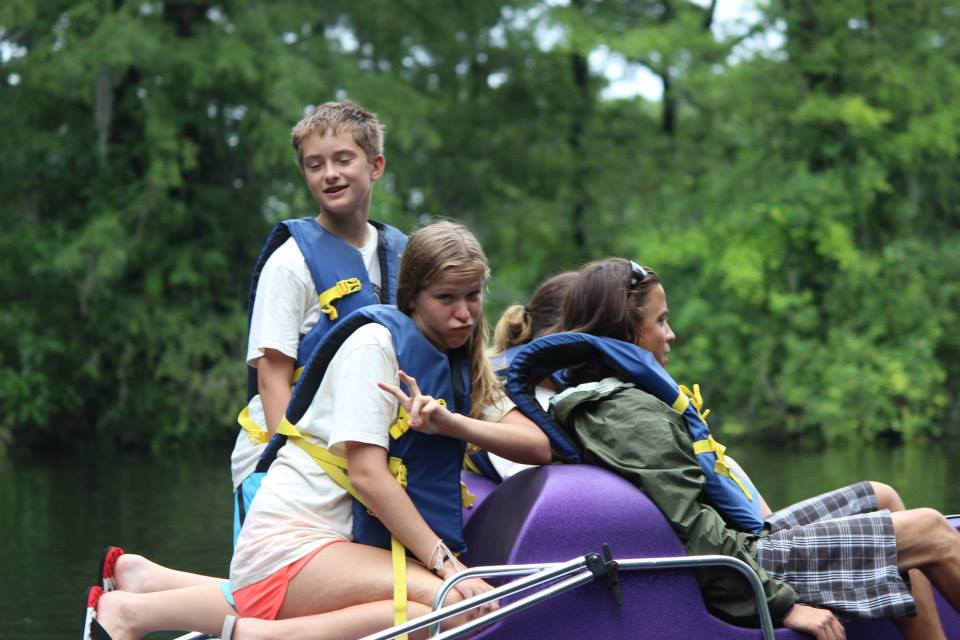 “The best part of Sea Turtle Camp was doing everything with the sea turtle hospital.  It was a once in a lifetime experience working with three endangered species.  It feels good to help a good cause.  Turtles are older than dinosaurs and are going extinct.  It was also an awesome time doing everything else including surfing, SUPing, swimming, and going to the marsh.

All of the other things that we did were amazing, but the second best thing was all of the friends that I made.  I made friends with all of my roommates and most of the people in my camp group.  Camp was great and I will do everything to come back to camp next year

Sea Turtle Camp is awesome.  The best part was probably the general mood.  Everything was light hearted and exciting.  The counselors really tried to make it awesome.  I’m going to miss camp and I’ll have lots of stories.  “This one time at Sea Turtle Camp’.  All of camp was awesome.  I loved seeing the sea turtles, but other stuff like bowling made camp feel less like working.  This was the best summer camp I’ve ever been to. The sea turtle Holden III is awesome and I really didn’t miss my electronics!” Spencer E – 13, North Carolina