Every now and then nature surprises us! Albinism and leucism are two genetic deviations that always get a bit of media attention. The result of both is a shockingly white animal lacking the normal coloration of its species. To the untrained eye animals with both conditions appear to display very similar characteristics. 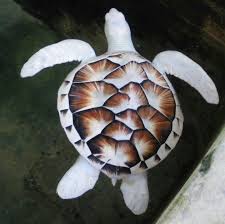 Leucism is a condition characterized by reduced pigmentation; unlike albinos most leucistic animals have normally colored eyes. This defect causes cells to develop improperly making them incapable of producing pigments. Since all pigment cell-types differentiate from the same type of precursor cell leucism can display itself in different ways. If not every cell is defective the animals with have patches of discoloration, this partial leucism is known as a “pied” or the “piebald” effect. If all the cells malfunction it will cause a reduction in all types of pigment resulting in a completely white animal. This universal type of leucim is often mistaken for albinism.

Albinism is a congenital disorder characterized by the complete absence of pigment in the skin, hair and eyes due to absence or defect of tyrosinase, a copper-containing enzyme involved in the production of melanin. Albinos completely lack melanin even the eyes appear red or pink due to the red of retina being visible through the iris. Researchers observe albinism occurs once out of every 10,000 mammal births. 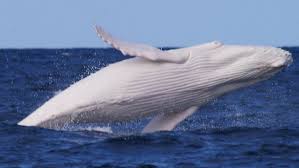 As beautiful as these animals are the unfortunate reality is that they rarely survive in nature. Camouflage is important to every species, especially in their juvenile state. Animals displaying traits of Albinism or Leusicms lack the natural patterns that disguise them from predators, conceal them from prey, or help them attract mates.