Black sea turtles are unique members of the sea turtle world. While currently classified as the same species as the green sea turtle, the pacific black sea turtle has several features that make it one of a kind!

The black sea turtle can be found in the eastern tropical Pacific and are not commonly observed in the open ocean. Adult black sea turtles tend to inhabit bays and protected shorelines from Baja, California all the way down to Chile! 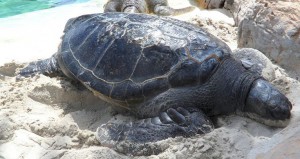 The black turtle has a similar diet to that of the green sea turtle. As grazers, both types of sea turtle eat algae, sea grasses and mangrove shoots. Additionally, they will both occasionally eat small fish, jellyfish and other invertebrates. 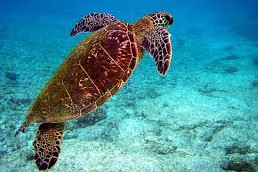 Historically, colonies of black sea turtles thrived in Mexico and Central America. The fishing industry and illegal harvest of eggs and sea turtles for meat has decimated these populations. Today, they are still caught illegally for food and accidentally in many types of fishing nets.