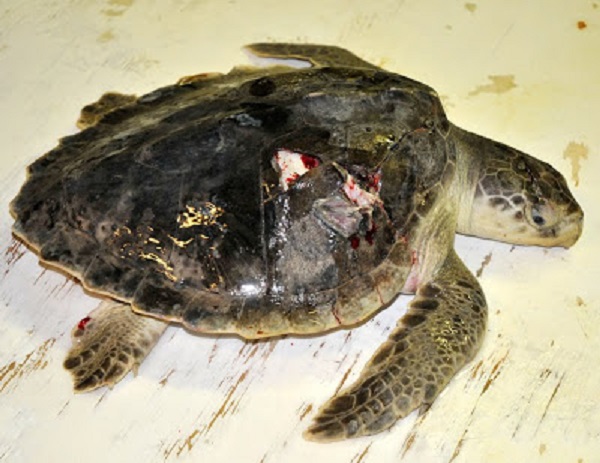 Boat strikes are widely acknowledged as a significant threat to all species of sea turtles. Sea turtles can be hit when they come to the surface to breathe or when feeding or mating in shallow areas. Sea turtles don’t see or hear very well when their heads are out of the water, and they usually don’t react quickly enough to approaching boats in time to move to safety.  Propeller strikes and collision injuries from boats can cause severe head and body wounds. Often times, repetitive injuries occur due to complications with buoyancy, movement, and vision. A common injury among sea turtles is known as “bubble butt syndrome.” This occurs when a sea turtle is struck by the hull of a boat while at the surface to breathe. The air is forced into their body cavity preventing buoyancy control, resulting in the inability to dive and hunt. As humorous as the syndrome’s name sounds, victims of “bubble but”’ often spend the rest of their lives in a sea turtle hospital due to their inability to survive in the wild. 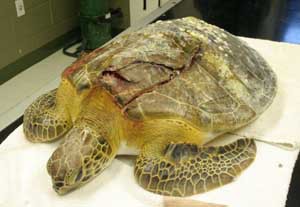 These types of injuries are frequent in areas with a high level of recreational boating and marine tourism activities. Unfortunately due to human population growth in coastal areas, boating is on the increase and therefore potential danger for sea turtles is also increasing. Personal thrill crafts, such as jet skis, also create an especially dangerous environment for sea turtles, primarily because these machines are usually operated at high speed in the shallow waters turtles frequent.

Many conservationists and marine parks are now taking steps to protect these swallow waterways that turtles may call home. Slowing the vessel below planing speed reduces the likelihood of catastrophic damage, even without any diving on the part of the turtle.

Please check the local waterway regulations in your area. 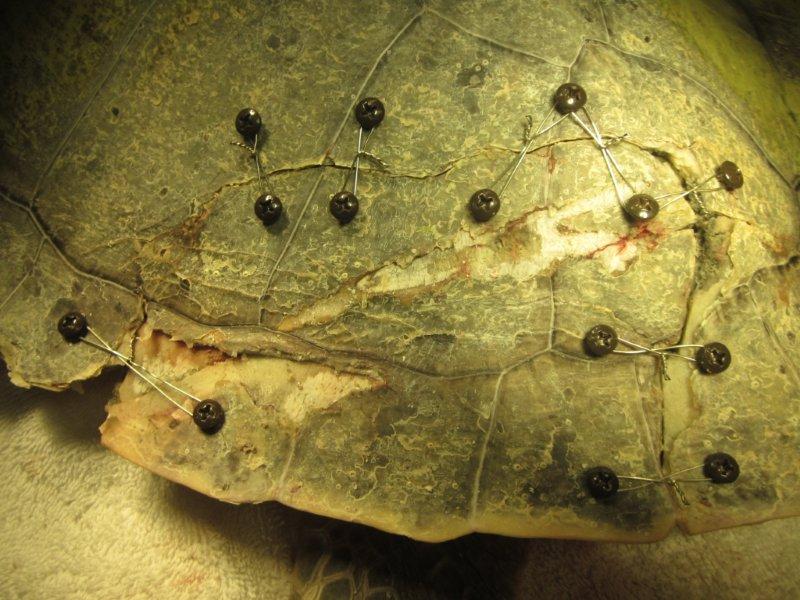