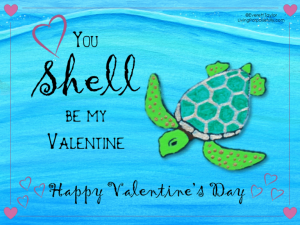 Love is in the air and it’s also in our ocean. This Valentine’s Day take your sweetheart on a long walk on the beach and learn about a few love inspired ocean creatures!

Kissing Gouramis – Kissing gourami is a fish with pouting lips, which is its characteristic feature. Though the lip-locking act of these fish may appear as kissing, it is certainly not a display of love and affection, as in the case of humans. It has been suggested that their lip-locking is a sign of fight for dominance! It usually happens in young males, who want to defend their territory or feeding areas. Such aggressive behavior is also seen during breeding season to attract females.

Blushing Star Coral – This coral blushes white when touched by another species. It is typically brown in color because of the algae that live in it. The coral and algae exist in a mutually beneficial relationship where the algae provide food for the coral and the coral provide a safe place for the algae to live.

Heart Crab – This crab is an extremely rare find. It gets its name from the heart-shaped pattern on its shell. The legs are covered with thick, blunt spines. It is typically found from Alaska to San Miguel Island in California.

White Spotted Rose Anemone – This beautiful anemone is truly a flower of the sea! The White-Spotted Rose Anemone is a carnivore and appears to “bloom” to attract prey. In nature, they use their potent sting to immobilize small fish and invertebrates, primarily sea urchins, crabs, and mussels. 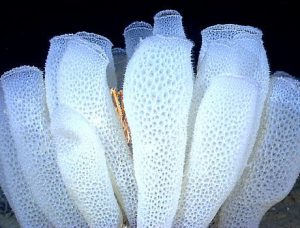 Venus Flower Basket Sponge – This glass sponge is known to house small shrimp inside. A pair of shrimp enter the sponge when they are small, but eventually become too big to get out. This means that they spend their entire lives entrapped inside this “glass house.” When the shrimp mate, their offspring are small enough to leave the sponge to find another flower basket sponge of their own. 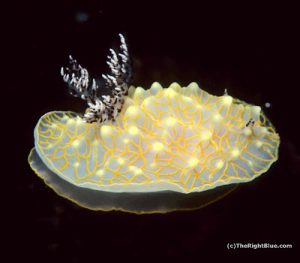 Golden Lace Nudibranch – This mollusc is found only in the waters around the Hawaiian islands. It has a pale yellow translucent body with a lacy network of irregular yellow-orange lines and its sensory organs are white with black speckles. These guys are small, usually between one and two inches in length. They are carnivorous, but they don’t “bite.” They feed on sponges and other soft organisms.