“If the world goes on the way it is going, it will be a world without sea turtles. Some people accept this calmly, but I mistrust the prospect. Sea turtles are part of the old wilderness of the Earth, the hormones that make him human. If we let sea turtles go it is a sign we are ready to let all wilderness go. When that happens we shall no longer be exactly human.”
~ Dr. Archie Carr 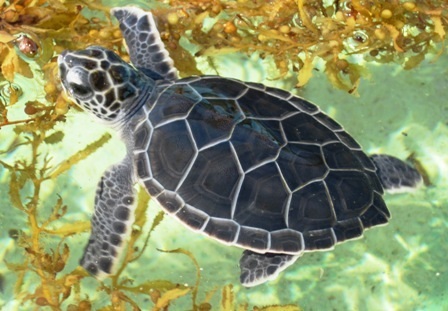 Nearly all species of sea turtle are classified as Endangered. Under the U.S. Endangered Species Act, an endangered species is 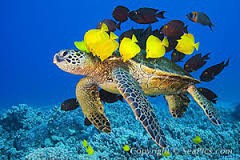 “Any species which is in danger of extinction throughout all or a significant portion of its range.”

A plant or animal becomes extinct when the last living individual of that species  dies, causing it to vanish from the planet forever. If there is ever a time when the last sea turtle on earth dies, then never again will this magnificent creature grace our world.

Plants and animals have been going extinct for millions of years; it is a natural part of evolution. However today species are going extinct at a much faster rate than normal, mainly due to human activity. Habitat destruction, over-consumption and pollution are just a few of the problems decreasing the diversity of the life on earth. 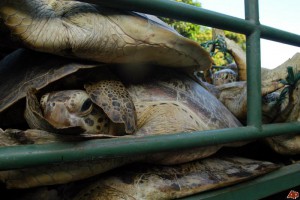 Slaughtered for their eggs, meat, skin and shells, sea turtles suffer from poaching and over-exploitation. They also face habitat destruction and accidental capture in fishing gear. Climate change also has an impact on turtle nesting sites.

Sea turtles have survived for over 200 million years, and Suddenly, sea turtles are struggling to survive, largely because of the things people are doing to the ocean and the land. What does this mean for us?