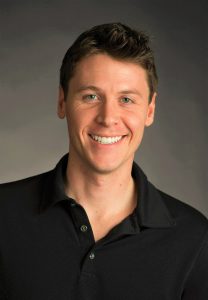 Brent was born in a small town in northern Indiana. It didn’t take long for him to realize that there is a huge world out there and he wanted to see it. Brent first started working in youth camps when he was a teenager in Massachusetts and has been hooked on the camp environment ever since. His passion for camp is ever reaching with over 14 years of experience working and developing youth programs. He has been involved with improving camps and counselor interactions all over the United States.

Brent’s love for the ocean is also easily apparent. Whether it’s surfing, sailing, collecting data, or swimming with marine creatures, he has immersed himself in every aspect of the sea. While there, he was also given the opportunity to study Ju Jistu in a private dojo nestled in the mountain tops of Hawaii, under the renowned Soki, Professor George Sherman. During this time at the dojo he worked with several types of youth programs, teaching martial arts to all ages.

After years of studying martial arts, Brent moved to Miami to work private security for the Miami Dolphins organization. While in South Florida, he just couldn’t let go of his passion for camp and educating youths. This led him back into the camp field as the Program Director for Funky Fish, a beach day camp in Ft. Lauderdale focusing on marine science education. At the beginning of 2016, Brent moved to the Puget Sound in western Washington to run Beach Camp at Sunset Bay, a program dedicated to ocean activities and education. Brent is now bringing all of his experience to Wilmington, NC to enhance the Sea Turtle Camp experience and share his passions with younger generations.