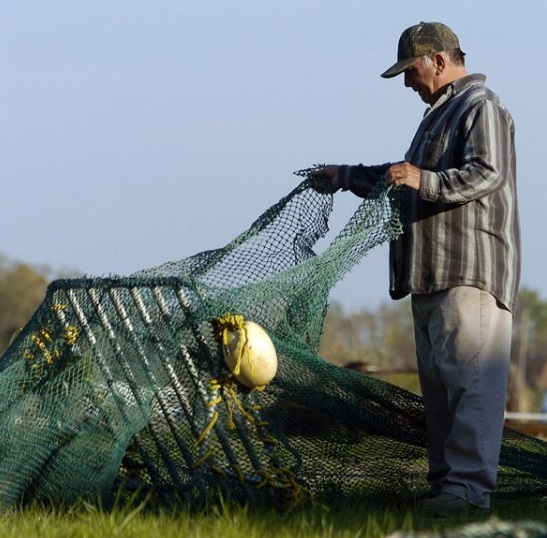 Do you like to eat seafood? One of many people’s favorites is shrimp. The shrimp industry not only provides us with delicious and nutritious food, but it is an important economic resource to North Carolina. Shrimp boats drag nets in coastal water to collect the sea creatures for food. Unfortunately, many sea turtles are also caught in the trawling nets of shrimp boats. Every year thousands of turtles become entangled in shrimp nets and drown. 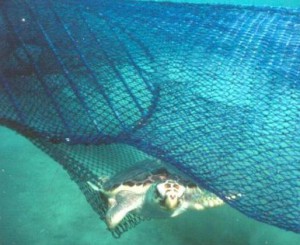 Worldwide, shrimp trawling may account for the incidental death of more juvenile and adult sea turtles than any other source! In past years, as many as 55,000 sea turtles were killed annually in shrimp nets in the southeastern United States alone. Remember, sea turtles are not fish – they must breathe air. If they find themselves trapped in a trawl net underwater, they will drown. 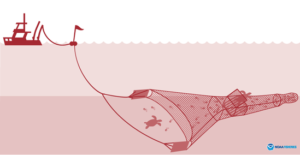 Fortunately in the 1980s a Georgia shrimper along with NOAA Fisheries scientists, named Sinky Boone, designed the Turtle Excluder Device, or TED to address interactions between sea turtles and trawl fishing gear. TEDs have been required in the United States beginning in 1987.

The device consists of a trap door installed midway in a shrimp net so sea turtles and other large by-catch can escape from drowning. Studies show that TEDs are 97% effective in excluding sea turtles. There is a new and improved TED – a reduction of the space between a TED’s bars by just 1 inch can reduce fish bycatch by 25 percent, or more than 55 million pounds, and allow smaller turtles to be able to escape. The result is a win for fish, a win for turtles, and insignificant losses for the shrimp fishermen.

Today, all U.S. shrimpers are required by law to put TEDs in their trawl nets. Unfortunately, not all fishermen obey the law and some loopholes still exist, so sea turtles continue to drown in shrimp nets.