The Ocean: Fact vs. Fiction

Our world’s oceans are huge – and with that vastness comes an equally gargantuan number of discoveries, observations, and other awesome happenings. The ocean can be such a crazy place that sometimes we may hear things from our friends or read articles online and think to ourselves: “Is that really  true?” From time to time some of the outrageous information we hear is true (we really do know more about outer space than we know about the oceans) and some of it…is not (no, sharks are not man-eaters). We’re going to dispel some of the most wild myths about our oceans and give you the facts. See if you can get them all right!

Fact or Fiction: The ocean is salty because of the animals inhabiting it. 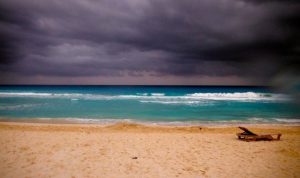 This one is definitely fiction. We’ve heard all sorts of stories, myths, and legends about why the ocean is as salty as it is. The truth is, there’s only one reason for it! The salt in the ocean comes from rocks on land and the minerals that are washed into the ocean during rainfall. There’s a lot of chemistry involved in that process, but generally speaking that is where all of the ocean’s salinity comes from.

Fact or Fiction: The Andes Mountains are the biggest mountain range on earth.

Again…this is fiction. While the Andes Mountain Range is the largest mountain range on dry land, there’s an even bigger mountain range at the bottom of the ocean! The Andes range is over 4,300 miles long, but the Mid-Oceanic Ridge is nearly 10x that size, a whopping 35,000 miles long! The craziest part? That actually accounts for almost ¼ of the Earth’s surface!

Fact or Fiction: There are spots in the ocean that can get up to 700 degrees Fahrenheit.

Surprisingly enough, this is actually a fact. These temperatures are found at the bottom of the ocean in hydrothermal vents – cracks in the ocean floor that heat the ocean water due to its proximity to magma under Earth’s crust. Perhaps even more surprisingly, there are a plethora of animals that thrive in that hot environment and live right near the hydrothermal vents.

Fact or Fiction: The ocean produces more oxygen than all of the trees on earth combined.

This is totally a fact! According to National Geographic, the oceans are responsible for producing nearly 2/3 of the earth’s oxygen supply. When scientists talk about the importance of the health of our oceans…they aren’t lying! Our lives literally depend on taking care of our oceans and keeping them healthy.

Join us at Sea Turtle Camp this summer to learn more about our oceans and what you can do to protect them!