Who are you calling a shrimp?

Life in the ocean can be tough – especially when you’re a shrimp. Not only are you tiny and tasty, but new research shows that competition between shrimp is often violent and brutal.

The Indo-Pacific and Red Sea host several cleaner shrimp that are known for their symbiotic relationship with fish. 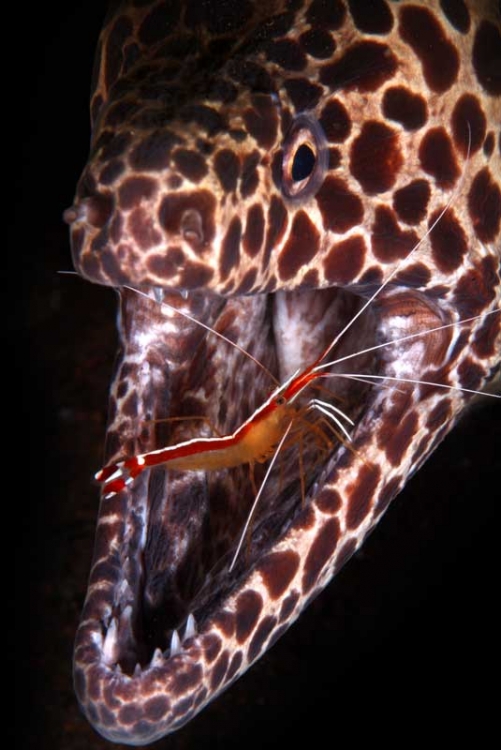 In return for a meal, the shrimp crawl over the fish removing dead skin and parasites. While the shrimp maintain a cordial relationship with their clients, they can be openly hostile towards members of their own species.

Cleaner shrimp usually live in monogamous pairs, but the battle to get down to 2 individuals can be quite fierce. Researchers recently tested the shrimp’s competitive nature and found that when more than 2 shrimp were in a tank, they would attack and kill until only a pair remained.

Shrimp, like most crustaceans, are at their most vulnerable right after they molt. The savvy competitor knows that this is the best time to strike the fatal blow to their opponent. It should come as no surprise then, that researchers found that when shrimp were kept in groups they would delay the molting process as long as possible. Whoever shed first was usually the first to go. However, once a harmonious pair was established, they would return to routine molting.

The most likely reason for this behavior is played out across the animal kingdom – competition for scarce resources. Food is a limiting factor in the ocean, and shrimp want to make sure that they have guaranteed access to it. This will also result in an increase in body size, and a corresponding increase in the number of eggs laid. Regardless of motivation, it is clearly a “shrimp eat shrimp” ocean out there.